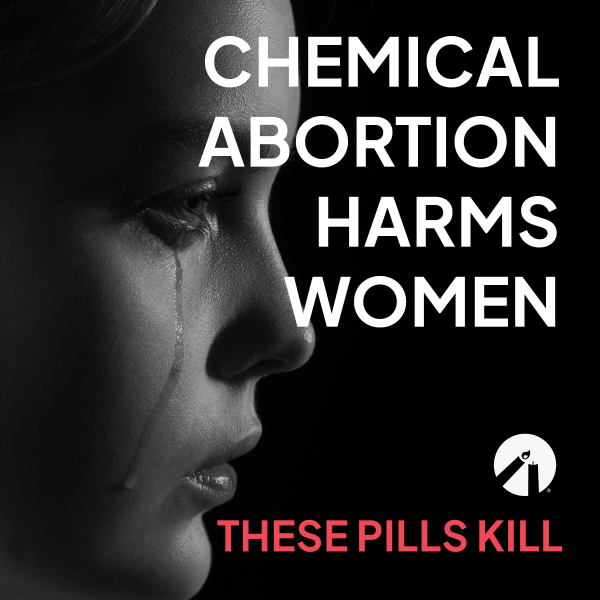 A horrific story in Omaha, Nebraska has once again shown how Chemical Abortion pills can be used to cover up crimes — and in this heartbreaking case, it was the sexual abuse of a 12-year-old girl. Not only were these life-ending pills used to sweep her exploitation under the rug, but the child’s nightmare was perpetuated when she was sent back to her abuser after being forced to abort his child, according to reports. Her story is exactly why Students for Life of America (SFLA) has been sounding the alarm on these pills for years; here’s what you need to know:

According to Omaha World-Herald, Pedro Fernando-Flores began raping his stepdaughter when she was only 11 years old, and she became pregnant with her stepfather’s baby at the tender age of 12. After being told by her daughter that she had become pregnant by her stepfather, her mother took her to get a Chemical Abortion when she was six-weeks along in her pregnancy — and then she brought her right back to her stepfather’s home.

(Click HERE to read from a Students for Life Action state captain and child rape survivor why abortion is not a solution to rape.)

According to her court testimony, the young girl was left alone in his house after ingesting the pill regimen to suffer through the pain herself; an experience that many full-grown womenhave described as severely traumatic. The Washington Post reported one such Chemical Abortion experience, noting a massive loss of blood, emotional trauma-induced weeping, and physical agony to the point of sending the women into the fetal position. She described it feeling like “what contractions might feel like” with “intense pain, a few minutes of relief, then more pain — each wave of cramping a little worse than the one before.”

This is the experience the young girl was left alone to bear — but her nightmare didn’t end there. Back in her stepfather’s house and scarred by the additional violence of abortion (the potential long-term effects, such as permanent infertility and lasting emotional trauma, remain to be seen), she continued to be abused over and over again. At 14 years old, she finally told someone other than her mother, and the chosen friend from church relayed the frightening information to their pastor who called the police.

Finally, after four years of her stepfather raping her and her mother covering it up, the young girl was put into a safe home and is about to be adopted by her foster parents) — but why was this abuse able to continue for so long?

The biggest factor in this case was the Chemical Abortion that her mother forced her to undergo to keep her abuse in the shadows.

Chemical Abortion pills are the “abusers’ dream drug” as their potential to hide abuse can manifest itself in many different ways, whether that be allowing pimps to untraceably force abortions and continue “working” prostitutes, allow domestic abusers to secretly force abortions on women, or allow child abuse to go by the wayside, as in this Nebraska case.

SFLA President Kristan Hawkins recently published an op-ed at The Federalist on this topic, entitled “How The FDA’s Abortion Pill Mill Enables Domestic Abusers.” She wrote,

“The overwhelming evidence is clear: Abusers do take advantage of Chemical Abortion pills, and they are a powerful evil in their hands, capable of taking multiple lives. This, however, seems to be the last concern of the Food and Drug Administration (FDA) — a conundrum since the agency’s mission is to protect “public health by assuring the safety, efficacy, and security” of human drugs, among other things.

“Nevertheless, their catastrophically irresponsible decision to allow Chemical Abortion pills to be sent through the mail without an in-person visit throws the door wide open for maleficent behavior. It’s the very opposite of securing these drugs — in fact, it’s much more akin to telling abusers to “come and get ’em.”

Regardless of personal stances on abortion, abuse of any sort should be taken seriously. Chemical Abortion pills pose a clear threat to vulnerable women and children, and we are tired of seeing these sad — and preventable — stories in the news over and over again. To learn more about how you can join in the fight for a crackdown on these life-ending pills, click HERE.