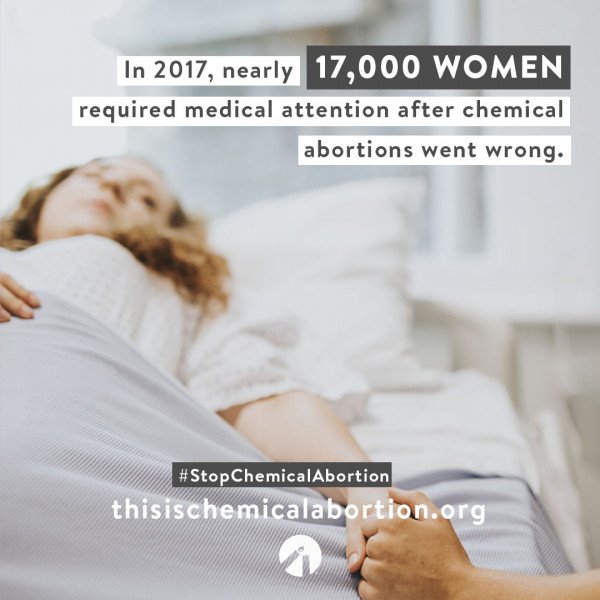 The next time someone wants to argue with you over whether abortion is a part of women’s empowerment, you need to give them the cold, hard facts: Abortion doesn’t fix women’s problems, it is dangerous for maternal health, and despite the extreme risks of abortion, the abortion lobby is proving that they don’t give a rip about women’s health as they continue to promote even more reckless forms of abortion, such as the one-pill Chemical Abortion regimen.

A new study has come out showing that this one-pill method (which solely uses Misoprostol) is significantly more dangerous than the two-pill abortion regime method (which is the prescription of both Misoprostol and Mifepristone) — but at the same time, we are seeing an insurgence of abortion vendors promoting the sale of the one-pill method. That doesn’t show much concern for women’s health and safety. Here’s what this new study found and why it matters in this Post-Roe America:

(As a refresher, Misoprostol causes the body to go into labor to expel a preborn child. Mifepristone, the drug that is paired with it in the two-pill Chemical Abortion regimen, stops the production of the hormone progesterone which ends up starving and killing a preborn baby.)

The Charlotte Lozier Institute recently released a new report by Senior Fellow and Director of Medical Affairs Ingrid Skop (M.D., F.A.C.O.G.) which is entitled, “Induced Abortion with Misoprostol Alone.” The report detailed exactly why the one-pill Chemical Abortion regimen is such a killer for women, noting the abortion lobby’s disregard for women’s health, as well.

Skop stated in her report:

“Similarly, a 2013 study demonstrated a failure rate of 38.8% when misoprostol alone was used vaginally and 29.8% when used sublingually (under the tongue). Finally, a worldwide systematic review of more than 12,000 misoprostol abortions, performed by abortion advocacy researchers, found 22% (nearly one in four) required surgical completion because misoprostol failed to completely empty the uterus of the remains of the child.”

As the evidence clearly shows us that one-pill Chemical Abortion regimens are drastically more dangerous for women (as they fail almost one in four times), we must really ask ourselves: Why is the abortion lobby continuing to promote only using the one pill?

Skop answers that question in her report, writing: “These recommendations by abortion advocates in the media demonstrate conclusively that their goal is not the safety and well-being of women, but merely the death of as many unborn humans as possible through expansion of abortion by any means.”

For abortion vendors keeping an eye on their wallet, selling Chemical Abortions through the sole use of Misoprostol can be much more lucrative as Misoprostol is easier to come by — but it is impossible to ignore just how much more dangerous the procedure becomes for women (to say nothing of the preborn).

The Pro-Life Generation needs to blast this message from the rooftops: One-pill Chemical Abortions are not in women’s best interests, and for the abortion lobby to say otherwise clearly shows they are only looking out for their own financial interests.